BUFFALO, N.Y., June 16, 2022 -- Richard ("Rich") Gold, president and chief operating officer for M&T Bank Corporation (NYSE: MTB), has announced his intention to retire, effective after the first quarter of 2023. Gold plans to remain on the Board of Directors of M&T Bank. 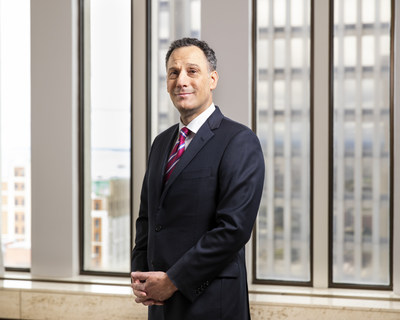 "It's difficult to overstate Rich's impact on our company," said René Jones, chairman and CEO of M&T. "It has been his life's work to instill and perpetuate a culture that we all take pride in—one that allows us to operate with a sense of purpose and feel as though we are a part of something larger. That focus on culture, coupled with a keen ability to identify and cultivate leaders, has ensured that we have an outstanding talent base to carry our purpose forward and continue to make a difference in people's lives."

After joining the bank in 1989, Gold held management positions in retail banking, business banking, mortgage, consumer lending and marketing. In 2014, he was named vice chairman and took on the role of chief risk officer. In 2017, he was named president and chief operating officer—the culmination of a career spanning five decades during which the bank experienced exponential growth, expanding its footprint to include 12 states and the District of Columbia.

Before joining M&T, Gold held positions in cash management and operations at Bankers Trust Company, and marketing and product development at Citibank. He earned a Bachelor of Science from Cornell University School of Industrial and Labor Relations and a Master of Business Administration from New York University Stern School of Business.

Gold has long been committed to supporting both the Western New York community and the broader banking industry. He currently holds positions on the boards of directors of the Westminster Foundation, the Buffalo Niagara Partnership and the Consumer Bankers Association, and has previously served on the boards of the United Way of Buffalo and Erie County, Shea's Performing Arts Center and Buffalo Seminary. He also serves on the Dean's Advisory Council at the University at Buffalo School of Management, where he is an adjunct professor, teaching organizational behavior management.

M&T Bank Corporation is a financial holding company headquartered in Buffalo, New York. M&T's principal banking subsidiary, M&T Bank, provides banking products and services in 12 states across the northeastern U.S. from Maine to Virginia and Washington, D.C. Trust-related services are provided in select markets in the U.S. and abroad by M&T's Wilmington Trust-affiliated companies and by M&T Bank. For more information on M&T Bank, visit www.mtb.com.