BUFFALO, N.Y., March 1, 2022 -- Today, M&T Bank Chairman and CEO René Jones released his letter to shareholders, an annual tradition featuring candid insights on the banking industry and the communities in which M&T operates. This year's letter explores the impact of the pandemic, the rise of unregulated financial companies and the company's continued commitment to driving positive change across its growing footprint. "Helping communities thrive is who we are," notes Jones. 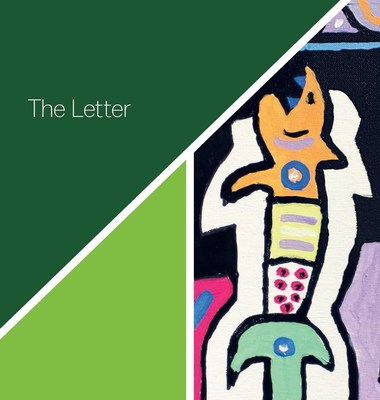 On the Impact of COVID on Customers and Communities

Jones opens the letter with a focus on customers, sharing insights on the disproportionate impact the COVID-19 pandemic has had on customers across the bank's markets. Jones said despite emergency government assistance efforts, customer data shows a significant disparity between the impact the health crisis has had on customers with savings prior to the pandemic and those who were 'financially vulnerable' or lacked the means to save entering the pandemic.

"[The] lower-income households were buffered from the worst effects of the pandemic by emergency assistance but, in the time since, their incomes have stagnated and their expenses have increased, leaving them right back where they started—a virtual financial 'Groundhog Day,'" Jones said in the letter. Moreover, "The prospect of persistent inflation, combined with the likelihood of rising interest rates, could place an even greater burden on those that have continued to struggle with the effects of the lingering pandemic."

On the merger with People's United

Reflecting on the proposed merger with People's United, Jones reiterated M&T's commitment and strategic reasoning for the partnership, as well as the benefits to the communities M&T will enter. "The key to understanding the rationale lies in the ways in which our two firms resemble and complement each other. M&T, like People's United, is fundamentally a bank for communities, whose relationships with businesses and borrowers relies not solely on faceless algorithms but on local knowledge. Our approach to credit underwriting, wealth management, and corporate philanthropy are all built on knowing and assisting the places we serve, from Buffalo to Baltimore, just as People's United employees understand Bridgeport, Boston, and Burlington."

Jones said it's important to acknowledge that both M&T and People's United have successfully served regions that have seen population loss and slower economic growth. "Ours may not be the markets that garner attention for their high growth and new migrants from other U.S. regions – but, nonetheless, they comprise 22 percent of the U.S. population and an even greater share (25 percent) of GDP."

He continues by stating, "That commonality—and challenge—makes it even more important that both our mission and methods share an approach to succeeding in slower-growing markets. We both understand that the Northeast remains a vital region, marked not only by places that have lagged but also by areas of exceptional affluence, from Fairfield County, Connecticut, to

Bethesda and Boston. Nor do we accept the idea that the traits of slow growth, population loss, and high-poverty cities and rural areas cannot be ameliorated or reversed—in part through banking that combines prudence with economic imagination."

Jones also signaled enthusiasm for how the merger will improve access to capital and financial services across an expanded array of communities, writing, "The markets our combined bank will share include some that are among the most dynamic in the country, certainly including the cutting-edge Boston bio-tech hub. But, as we have done in Buffalo, we anticipate providing the capital and acumen that help new businesses find their footing and then take off, as well as to serve lower-income and disadvantaged communities whose potential has been, for too long, underserved."

In discussing the preparation to expand the franchise, Jones emphasized a commitment to continue to invest in economic opportunity for low-to-moderate income households and communities of color via an ambitious $43 billion Community Growth Plan, which will go into effect once the transaction is completed. "Our belief and expectation is that the Community Growth Plan will be the vehicle for, as the old adage goes, doing well by doing good—through identifying ideas and individuals of promise whose potential might have gone overlooked."

Jones also underscored M&T's commitment to People's United's headquarters of Bridgeport, Conn. and all the places it serves.

His reflections in the letter on the strategic rationale of the People's United merger agreement and the benefits to communities and customers led Jones to an important discussion on the state of the financial industry and its regulations.

Jones spoke to the growth of new, unregulated financial companies and how they threaten the effectiveness of the regulatory protections such as the Community Reinvestment Act ("CRA") enacted to safeguard the most vulnerable, "One is left to wonder how the national interests of preventing terrorism, money laundering, and redlining, while providing safety of deposits and access to affordable housing, can be effectively served in view of this ever-widening regulatory gap."

"The time has come to realize that the financial system we've known is shifting underneath us. Regulators who set important social goals—whether drawing the unbanked into the formal financial system or ensuring mortgage access for all neighborhoods—find their understanding of this shift far exceeds the reach that their authorizing legislation affords them," he added.

On investing to compete

Building on the subject of growth, Jones spoke about a commitment to develop, attract and retain talented individuals with a focus on inclusive growth. "We launched our Tech Academy, bringing technical training capabilities to 'upskill' both M&T employees as well as others in the local community, who heretofore did not have the opportunity. It was another successful year for one of our key recruiting programs—the Technology Development Program or TDP—building the talent base of our future by recruiting bright, young technical talent from across the country. Seventy-three TDPs joined M&T last year, and the ethnic diversity in the program has risen to more than 50 percent."

Jones also emphasized a focus on finding more convenient, efficient and personalized services for customers. "By reducing 'friction points' we have made it quicker and easier to open an account and obtain credit. To better service our customers, we upgraded to a single platform and eliminated 20 steps involved in opening a checking account and saved over 6,000 hours of customers' time when completing wire transfers. By putting customers at the center of everything we do, we reengineered 110 policies, eliminated 25 touch points for customers and employees, and saved 2.6 million minutes of customer and employee effort."

"These investments not only benefit M&T, but they also benefit the community—notably the smaller, mid-tier markets where we choose to play, markets where we can, and must, play an outsized role," explained Jones. "We have been building communities, responding to new competition, and serving all customer types for 165 years. We remain committed to reversing the trends in the communities we serve."