Help Center
The Robert G. Wilmers Integrity Prize to Issue Inaugural $50,000 Community Service Award in 2021
The award will recognize an individual who is actively working to make a difference in their community.

NEW YORK, Feb. 17, 2021 -- The Robert G. Wilmers Integrity Prize has begun accepting applications and nominations for its inaugural $50,000 prize, which will be awarded to an individual who is actively working to make a positive difference in their community. 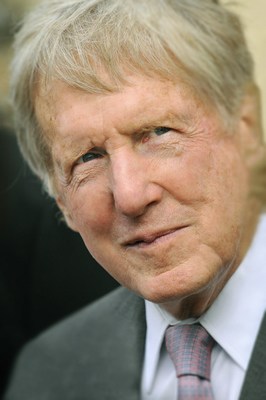 The Robert G. Wilmers Integrity Prize has begun accepting applications and nominations for its inaugural $50,000 prize.

The prize is named after Robert G. Wilmers, the late chairman and CEO of M&T Bank Corp., who led the Buffalo, New York-based bank from 1983 until his passing on Dec. 16, 2017. In addition to being one of the most accomplished and prudent financiers of his era, Mr. Wilmers was known for generously supporting the communities in which he lived and worked.

"Bob Wilmers cast a long shadow in the banking and philanthropic worlds," says John Maxfield, executive director of the Wilmers Integrity Prize, "but his most exalted legacy is being a champion for cities like Buffalo and Baltimore in their hours of greatest need."

The genesis of the prize dates to early 2018, when friends, family members and former colleagues agreed to endow a national award to honor and inspire civic-minded individuals who act with integrity.

"Bob accomplished so much in his lifetime, but what everyone remembers and respects most about him is that he acted with integrity in all that he did," says René Jones, chairman and CEO of M&T Bank. "After he passed, many of us who knew Bob — from banking and many other walks of life — wanted to do something, not just to honor that legacy, but to extend it. The Wilmers Integrity Prize will highlight and celebrate people who are acting with integrity, effecting change and making a difference in our communities, just like Bob did."

The Wilmers Integrity Prize is open to any individual working anywhere in the United States to improve the world around them. Efforts in the arts, education, environment, law, medicine, nutrition, social justice and social reform are eligible for the $50,000 award. Applicants can apply for themselves or be nominated by another person.

Candidates will be assessed on three criteria:

If you or someone you know satisfies these criteria, we invite you to apply on your own behalf or nominate another individual for the prize. To do so, and learn more about the prize, please visit www.wilmersintegrityprize.org.

Completed applications must be received by May 31, 2021. Finalists will be announced on June 30, 2021, with the winner unveiled at an event in New York City in October 2021.

About the Wilmers Integrity Prize
The Robert G. Wilmers Integrity Prize was established in 2018 to honor the life and legacy of Robert G. Wilmers, the late chairman and CEO of M&T Bank Corp. The annual $50,000 award recognizes individuals who are working anywhere in the United States to make a positive difference in the world around them. To learn more about the prize, please visit our website at www.wilmersintegrityprize.org.